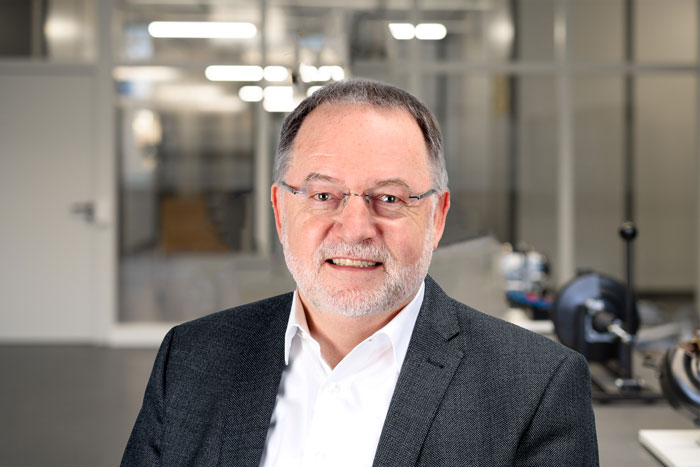 Prof. Bertsche began his scientific career as a research assistant at the Institute for Machine Elements in 1984 after completing his studies in mechanical engineering. In 1989 he was awarded a doctorate in engineering by Prof. Lechner. For his dissertation entitled “Zur Berechnung der System-Zuverlässigkeit von Maschinenbau-Produkten” (On the calculation of the system reliability of mechanical engineering products), he received numerous prizes, including the FAG-Kugelfischer Foundation Research Prize and the VDI Ring of Honour from the Association of German Engineers. It was the first research work on the topic of reliability engineering at the IMA.

After completing his doctorate, Prof. Bertsche moved to industry to work for Daimler AG in the field of passenger car development. During his time in industry between 1989 and 1992, several patent applications were filed. Among other things, he was responsible for the “step transmission” group in which the NAG automatic transmission was developed. Before he was appointed to the Albstadt-Sigmaringen University of Applied Sciences, he headed the development project “New All-Wheel Drive Passenger Car”, which is now known as 4-matic.

In addition to his scientific career, Prof. Bertsche also held numerous high-ranking offices. He was a long-standing member of the DFG review board, head of the VDI advisory board “Reliability Management” within the Society for Product and Process Design, member of the DIN / DKE standardisation committee K 132 “Reliability”, chairman of the VDI conference “Tagung Technische Zuverlässigkeit (TTZ)” as well as top expert of the German Founders Award. In addition, he was the managing director of WiGeP and Technologie-Transfer-Initiative GmbH at the University of Stuttgart for many years and thus a promoter of knowledge transfer. He accompanied 720 start-up projects and 383 founded companies. In addition, as managing director he was responsible for the 59 transfer and start-up centres of the professors as well as 62 transfer and start-up ventures of start-ups.